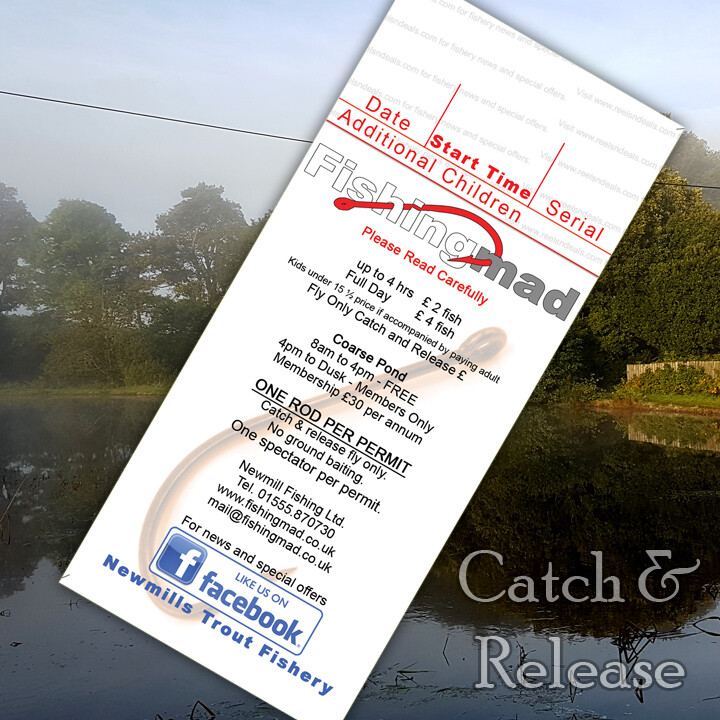 single barbless hooks on all lures including spinner and hard baits

rod must be actively fished and held in hand, no lying in.

1 in 3 Trout die after release.

The following procedures do not guarantee fish survival. Each fish caught has its own specific conditions that need to be considered.

Basics:
Trout have a protective slime. Protect that slime by keeping hands and net wet.
Use a rubber net. Large mesh allows for quicker removal of hooks.
Avoid unnecessarily long landing battles.
Trout gills are particularly susceptible to poison, infection, and puncture. Never allow anything, especially fingers inside the gill plate.
Large trout are less resilient than small trout, be extra careful with them.
Keep the fish in the water as much as possible (considered by nearly everyone the most important fish handling technique.)
The fish need only be out of the water for less than 5 seconds for a photo.
Keep the fish (especially the large ones) near the water. If a large fish is dropped it risks bursting its air bladder.
When holding the fish, keep fingers out of gills
The join between the tail fin and the body (caudal peduncle) can be held firmly as it all bone.

Save this product for later
Display prices in: GBP